Even though it looks like it’s burg on the end, it’s actually a form of borough and so that’s how it’s pronounced.  With a few days left between the AirBnB schedule and the sail date for the cruise, we had to find one last place to visit. On several recommendations we flew to Edinburgh.

Unfortunately, I was so congested that the little prop plane flight really bothered my ears. Norris and I both arrived so sick at the reserved AirBnB that we went right to bed for a nap. It was our first time to only rent a room instead of the whole house so we felt a little self conscious bringing our illness into someone’s home. Each day, we slept late, and returned to the room early, so we saw and did what we could, but not as much as was available.

The pharmacy recommended the medicines on the right, but the gift shop provided the one on the left. 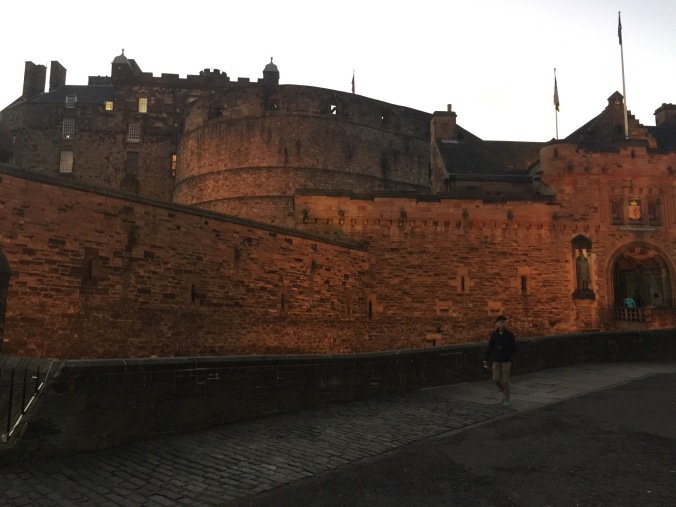 Edinburgh Castle overlooks the city in a proper royal manner. Since it tops the list of things to do, we wanted to check it out while we could. So, we walked to the top and made our way through much of the castle which is one of the more intact ones that we’d seen. 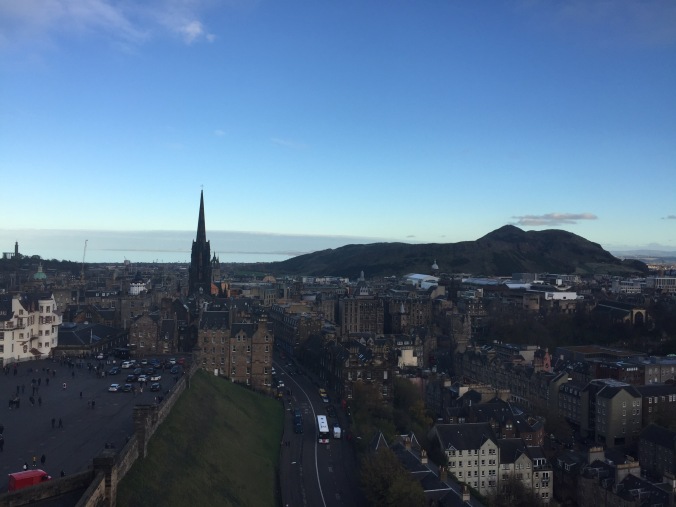 Arthur’s seat is the name of the volcanic hilltop in the background. 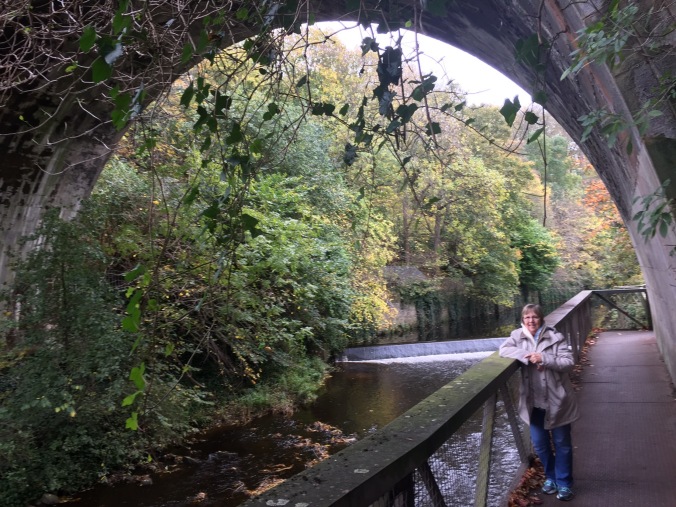 The Water of Leith is a small river that runs through town and Norris and I walked about a mile along it to the Scottish National Modern Art Museum. After a brief look around, we went on to the quirky Camera Obscura.

The Camera Obscura was filled with optical illusions. There were interactive exhibits with static electricity, holograms, pictures that could be seen two ways, and more. There were even 3 copies of the artist we bought in Tahoe. At the top of the 6 floors, we went into a tiny room that showed an image of what was outside, on a viewing table using a periscope and mirrors. It’s been an entertainment to the city since the 1890s. 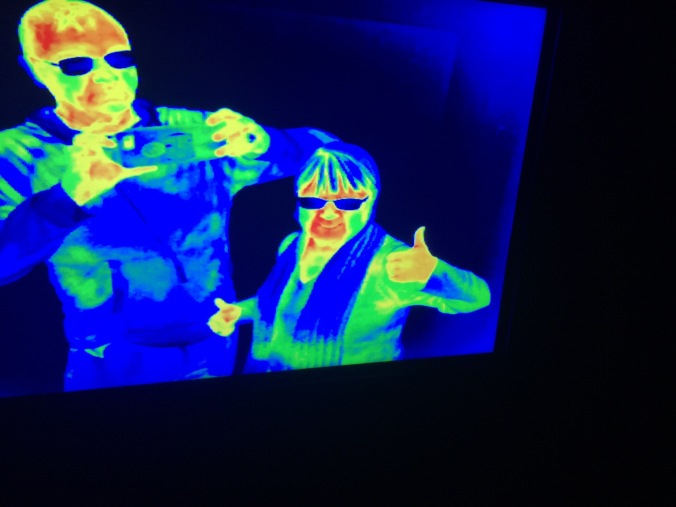 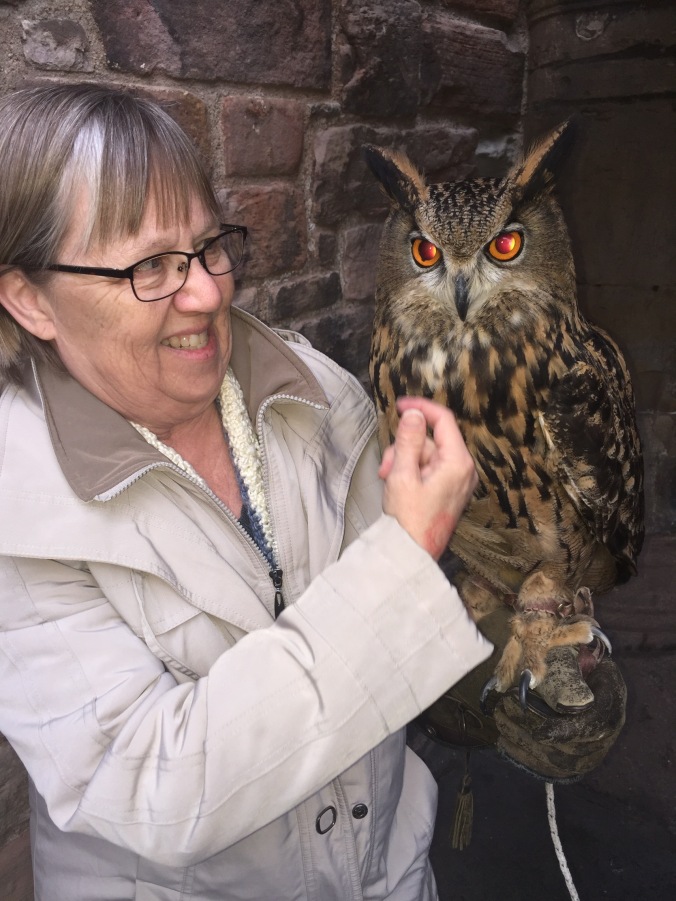 A European Eagle Owl that I was able to hold outside a super old famous building that was now a gift shop.

The first night, we had dinner at L’Escargot Blanc, an amazing French restaurant. Our waiter was superb and gave us half a glass of wine of his choice to go with our appetizers, and then a different wine for dinner, but still only charging for one glass.

The wine he chose was perfect and the meal was about the most gourmet we’ve ever had.

The next night we were hungry when we were standing in front of a Mexican restaurant, so we ate there. Finally, we had some Haggis, neeps and tatties, in a pie at a street market. That’s meat from sheep parts, with turnips and potatoes.

Also saw- (but without pictures or stories, or barely memories)

Scottish National Portrait Gallery, with a photograph exhibit of children.       The Writer’s Museum, a tiny home displaying papers and a few belongings of Robert Louis Stevenson.  Old Town, with souvenir stores like a Wool weaving factory.

All in all, a pretty good trip for being sick.