The historic docks of Portsmouth have 11 exhibits to tour. We covered most of them on our first visit, but the tickets are good for a year, so we returned to finish.

At the docks we took a Harbor Ferry tour and saw the latest ship of the UK navy- an aircraft carrier. 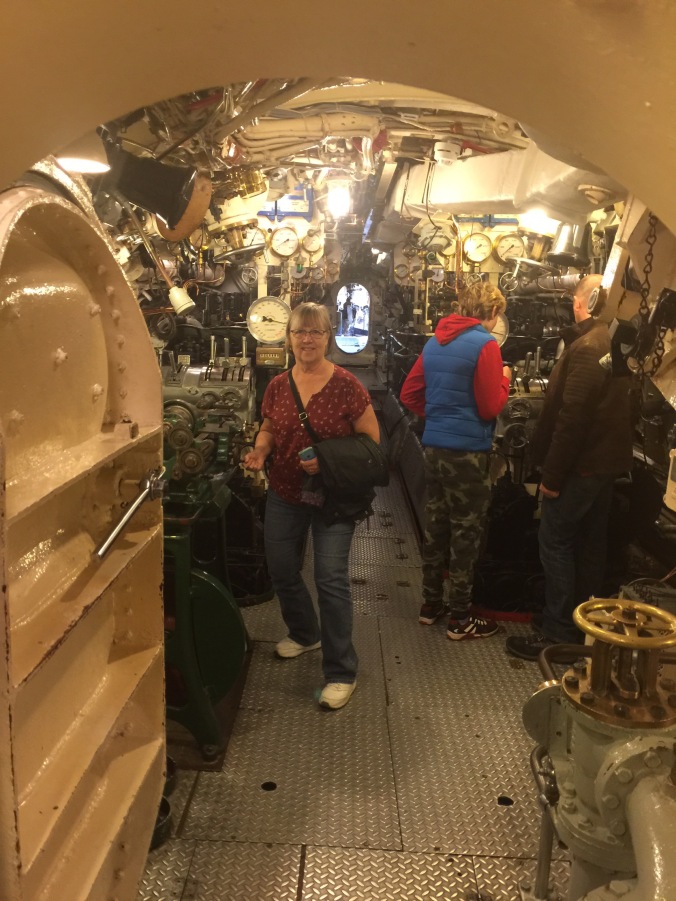 Next on the list was the submarine museum. It’s featured in the recent transformers movie. We actually boarded and toured the submarine. Even me. It’s a little easier when it’s all out of water and I can see the whole thing. 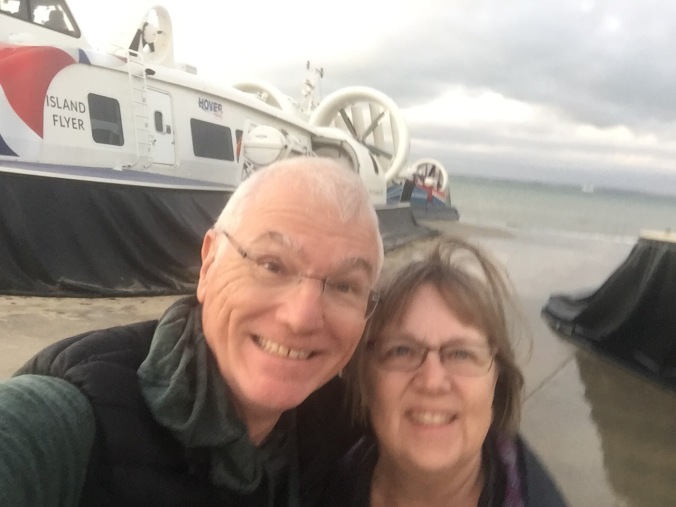 Our third transportation for the day was on a Hover craft to cross over once again to Isle of Wight. This time we headed inland for Ryde and a large park called Robin Hill. There we attended the Festival of Lights, inspired by Diwali. There was a performance, a bird show, and of course, lights all over the park creating different sections to invoke India. It was a great family event and we felt very local. 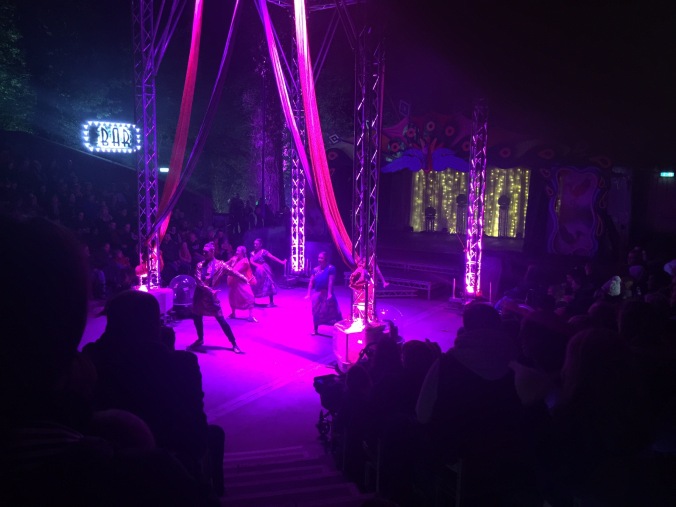 Salisbury was our next destination a few days later.  The couple we met in London, Jerry and Nancy, met us there to tour the cathedral.

And since the cathedral had a tower, we climbed it!  But, the 323 steps were divided into 5 sections, with breaks along the way looking over the inside of the ceiling, or the inside of the bell tower, and finally the view from the top. 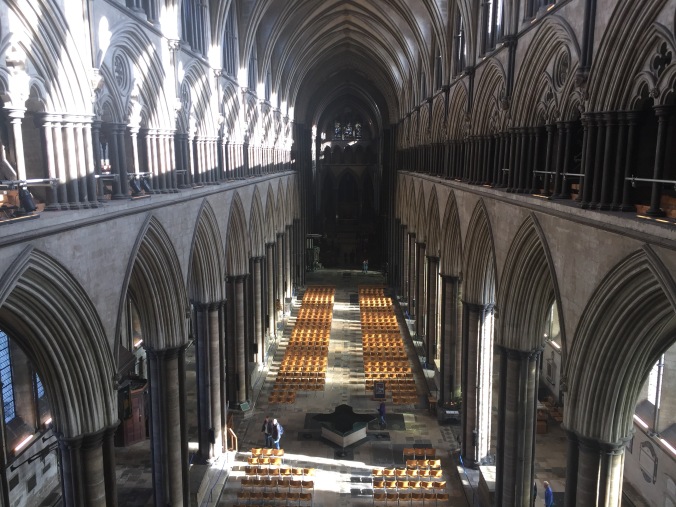 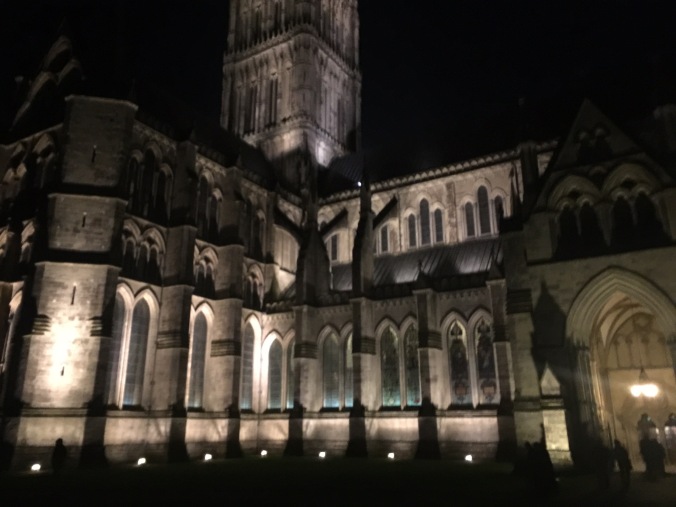 The day finished with evensong, beautiful music, and scripture.