Ireland, our first view from the air. Besides flying into Iceland, of course, and then Beligum, this was our first plane trip. Our other countries were reached by train.

Our first two nights were spent at Cork and we loved it! This is the view from our hotel. It was at the breakfast buffet here that I tried black and white pudding, which is a type of sausage made from pig’s blood.

It was great to park our car at the hotel and not use it again until we left town.

Norris had started driving the rental car from the airport, but I took over the wheel to give him a break. Sure enough I messed up. I made a right turn from my left lane and kept to the right side of the concrete divide. Luckily I got past the divider before the 3 approaching cars reached me. Even walking was tricky as we’d cross the street and have to remember to look to the right first.

We caught the bus out to the edge of town to the Black Rock Castle Observatory. It is now a museum of the castle, and about astronomy and space and houses a planetarium. The guide was extremely knowledgeable and animated. And of course, there was a tower to climb and look out over the city. Later that night, an astronomy club was scheduled to have telescopes out for the public. It was culture night all over Ireland, and we rode the free bus back to the castle that night. The party bus had a musician who asked if everyone was from Cork. We were the only tourists. Hurray for us! 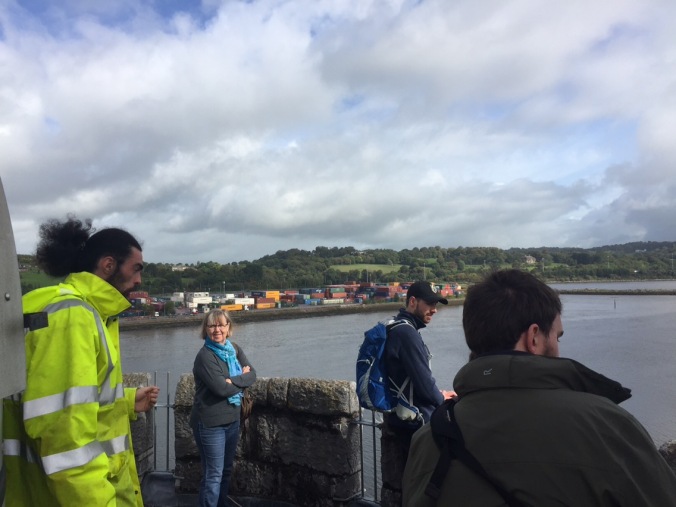 We checked into a golf resort way out in the country. We had to take a few trips out but Norris got in 3 game of golf in spite of the rainy weather.

On one drive to the shore, we ended up at a museum and memorial for the Lusitania, which Norris had just read a book about. There was also a world class golf course nearby that Norris could only dream about playing on. 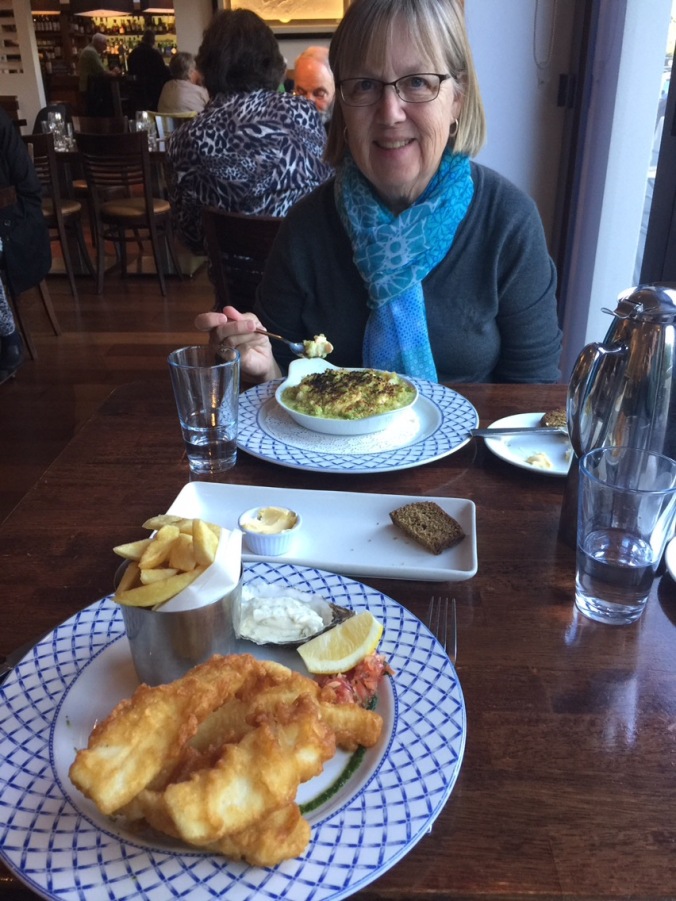 Fish and chips and a fish pie were on the menu at Fishy Fishy, in the shore town of Kinsale.

Can’t go to Ireland without seeing the Blarney castle, right? Well, we skipped it about 7 years ago when we came the first time, so we didn’t miss it this time. The climb to the top of the tower was typical of other castles, but at the bottom, a sign read, “The line from here is an hour to the Blarney Stone.” Fortunately, in September there wasn’t a line from there, only at the top. Legend says kissing the stone give the gift of eloquence. That just means for us (the teacher and preacher/writer) that now we’ll never shut up. 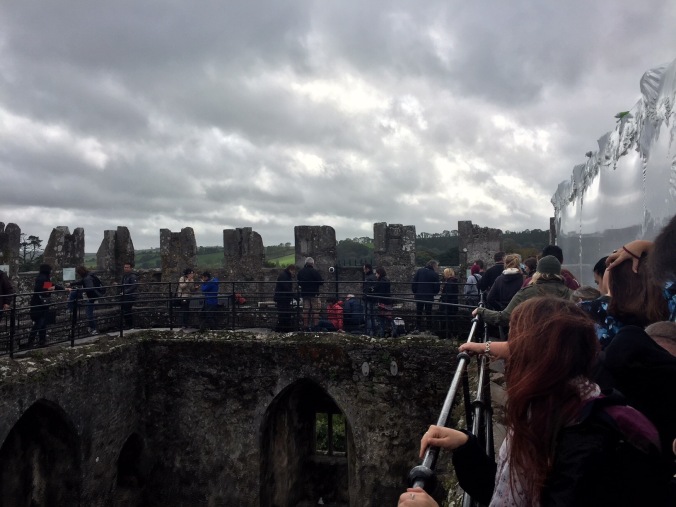 The under view of the Blarney Stone, where people are reaching across that height.

Another day , another castle.  I’m not even sure where this is. 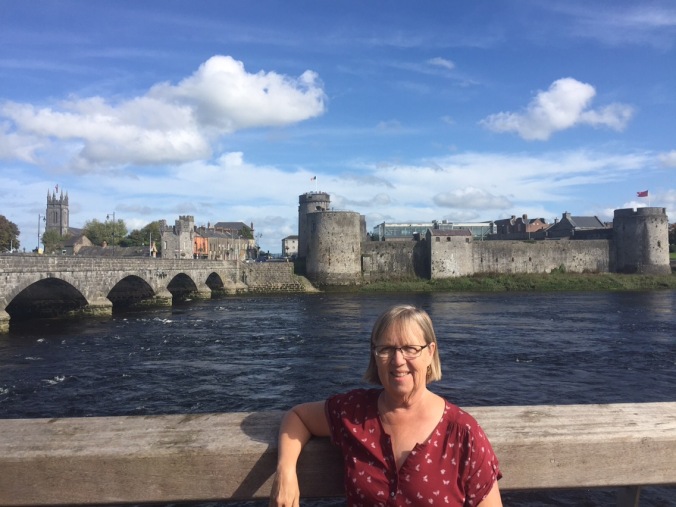 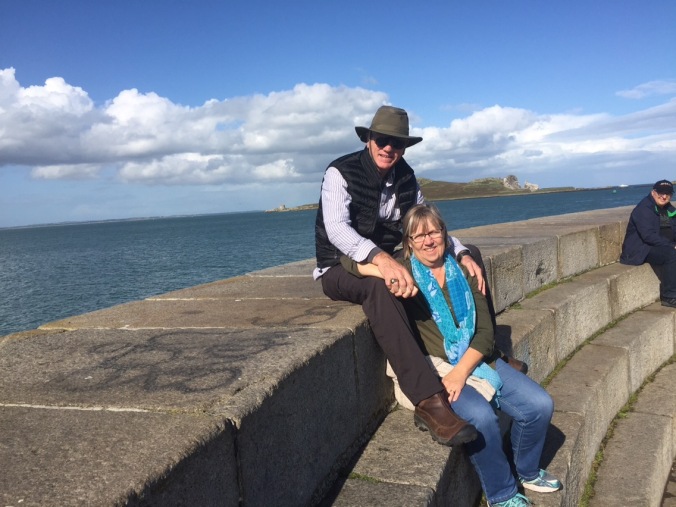 We enjoyed a slow day at Howth with a harbor cruise.

If you’re still reading this far into the post, you’re either family or a close friend. So, you deserve to know the truth. Traveling this long with this many changes in beds, kitchens, and neighborhoods takes a toll. I was tired of the changes, and the left side driving really freaked me out. We had a couple of close calls when the other drivers used their very good brakes. This week in Ireland was my most stressful. But looking back at the pictures, I remember I enjoyed everything that wasn’t in the car.  ​

One thought on “A bit of Blarney”