The song and movie title really fit for us.  Even if we went away for the weekend, we were usually back on Tuesday.

Cirque de Soleil was in Brussels and our friends had never seen it.  We took them to a show to say thanks for their hospitality and they loved it, of course.  Afterwards, we went to a basketball game of our mutual friend, Celeste.

Celeste plays basketball on an International Team.  We met her and her husband, Quinton, at Impact church in Elk Grove, one Sunday.  We picked their brains for this trip and Quintin’s introductions made a smoother transition for us.  He’s the one who arranged for us to stay with the Tissot’s and directed us to Lifepoint Church.  His connections gave us a successful start in Brussels.  Being connected to people is one of the most important things.

At Lifepoint Church, I met Liza, from England, coming to teach at an International School in Brussels.  All my teacher friends had been posting their new classrooms, and telling about the work they were doing to get ready for school.  Feeling lonely and left out, I volunteered to help Liza at her school.  Cutting Math flowers, and labeling folders perked up my mood.  This was my first year without a first day!

When Melissa arrived, (on Tuesday), things really got rolling.  No more time to feel restless.  We did more tourist things in Brussels, as well as a day trip to Ghent, and weekends to London and Paris.  Norris went to a Military museum in Brussels, one of the top 10 in the world.  Melissa and I visited the Museum of Instruments, with 4 floors of exhibits.  We also took in a movie with French and Flemish subtitles.  It’s interesting that they don’t translate every single f-word that is used in the movie.

This is “Balls and Glory,” a restaurant near the Grand Place.  The traditional meatball is stuffed with sauce and served on stoemp, mashed potatoes with veggies.  Delicious.  I, Becky, had to make sure to keep Norris’ hunger at bay.  When Melissa came, there was one more vote to eat on schedule and not postpone a meal for an activity. 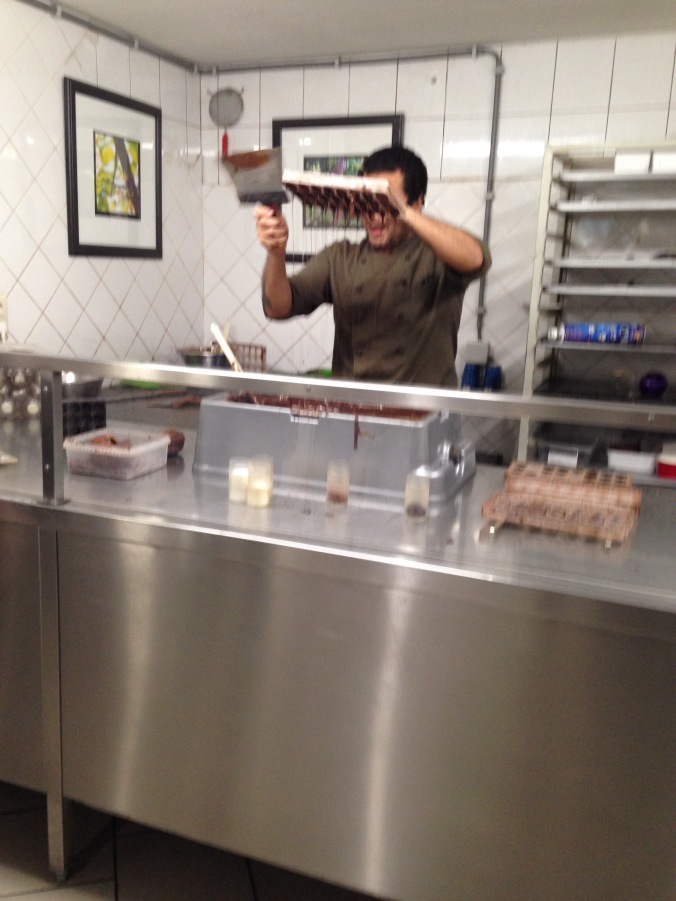 Melissa and I visited the Chocolate Museum in Brussels.  I’d already been to one in Brugges, Amsterdam, and Cologne.  What’s one more?  They were all different, while telling much the same story.   This chocolatier is tapping the chocolate out to make a shell in the mold.  Then we got to taste a few of the ones he’d made.  Free chocolate is the best part of those museums.

Mannekin Pis is the mascot for Belgium.  We also saw Jeanneke Pis, the female, but never got to find the dog, Zinneke Pis.  It was always too late, or raining when we thought about looking for him.  The Belgians are very proud of their naughty boy statue and make souvenirs of everything of him.  There’s even some chocolate statues that are larger than the actual statue! 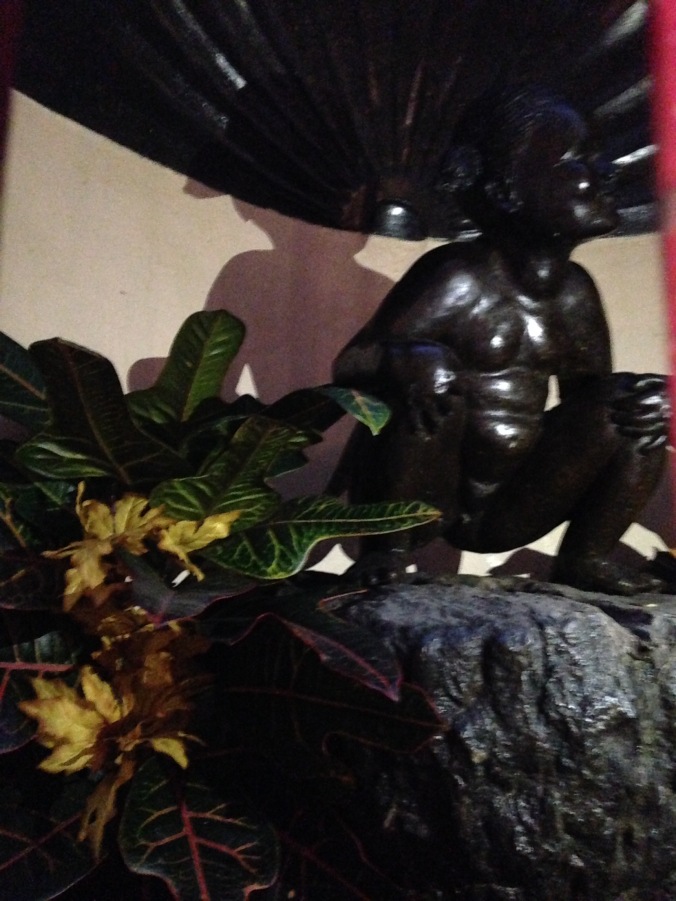 At the Grand Place, you can get these amazing Belgian waffles, loaded with whipped cream and syrups.  Then you take them away to sit on the curb and precariously balance the thin pan while you eat them with a tiny fork.

Near our apartment were the Ixelles Ponds.  Norris and I walked around them 4 or 5 times a week in the evenings that we weren’t doing anything.  The juvenile swans were getting lighter and more white feathers underneath by the time we left.  It was a beautiful and busy neighborhood attraction.

Then Melissa left it to just the two of us again.