So, of course, there’s a few differences we’ve noticed.  One is this meatloaf offered at Subway.

One day, I was behind a boy and his grandma in line at the store.  I understood his French without a doubt, when he picked up a Red Bull and asked his grandma, “What’s this?”  How great to be innocent!  But I know not all the little boys are innocent just because we’re in Belgium.  On a train one afternoon, a group of girls were playing the latest rock songs and the boys (ages 6 and 8 perhaps) in the chair next to me were singing every word.

Now and then when we ride on the metro, a solider or two will be in the subway, or on the tram with us.  It’s a little disconcerting, but understandable.

Everyone has to separate the compost.  When we were at our friends’ place outside of the city, they piled it up outside.  Even though we’re now in the city limits, we still have to collect it and set it out with the garbage weekly.

We watched a British movie on Netflix that we probably would’ve overlooked at home.  But we did go to the theater downtown. There were abou 12 screens on 4 different floors including 2 in the basement. 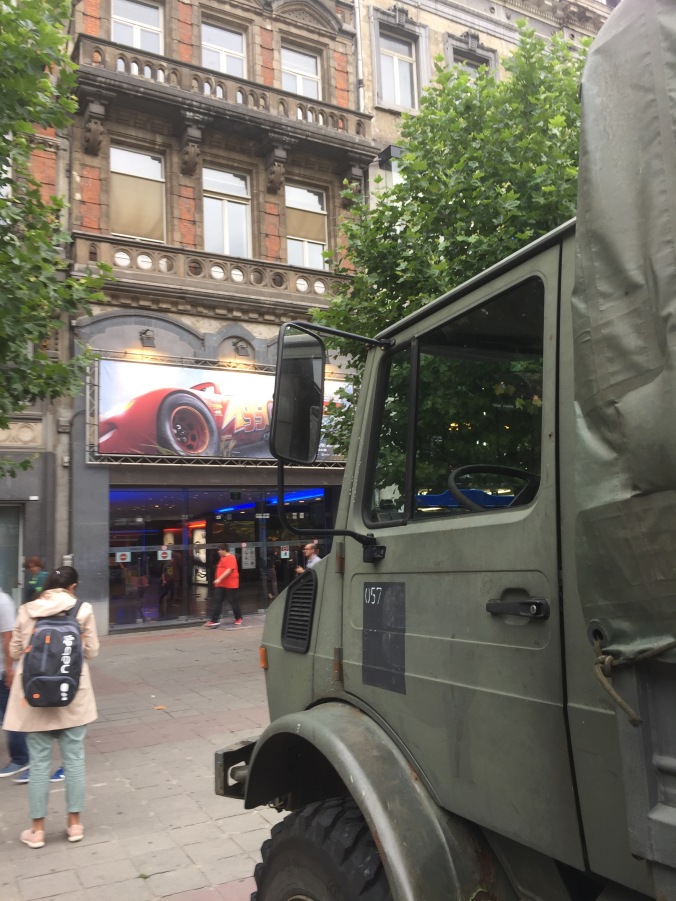 Notice the facade of the theater that matches the rest of the area buildings. In spite of the Cars sign.

And here’s a temporary bar set up in the park for the summer. 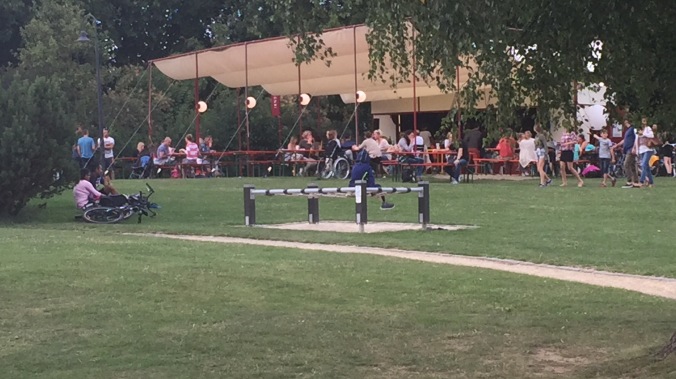